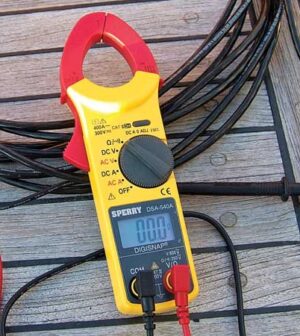 What is an Electric Charge?

Electric charge is a basic physical property of a subatomic particle that causes it to experience a force when placed in an electric field or magnetic field. There are two types of charges, positive charge of the protons and negative charge of the electrons.

The electric charge is measured using the unit coulomb. One coulomb can be defined as the quantity of charge transferred in one second. The other units of electric charge are Faraday and Ampere-Hour.

An atom as a whole is electrically neutral. This means that the atom contains an equal number of positively charged protons and negatively charged electrons. The neutrons present in the atom have zero charges. A body can be charged by the addition or removal of electrons. The process of charging a body is called electrification. The following are the three types of electrification

A good conductor can be charged by touching it with a charged body. This process is called charging by conduction. The nature of the charge acquired is the same as the charging body.

A body which is a good conductor can be charged by placing it next to a charged body. This process is called charging by induction. The nature of the induced charge is always opposite to the charging body.

Some of the properties of charge are listed below

Coulomb’s law helps us to calculate the strength of the forces between two charges. The law states that